In 2017, Steven joined Luware as a part-time employee in Marketing. Today, he is the mastermind behind the Nimbus user interface and user experience. 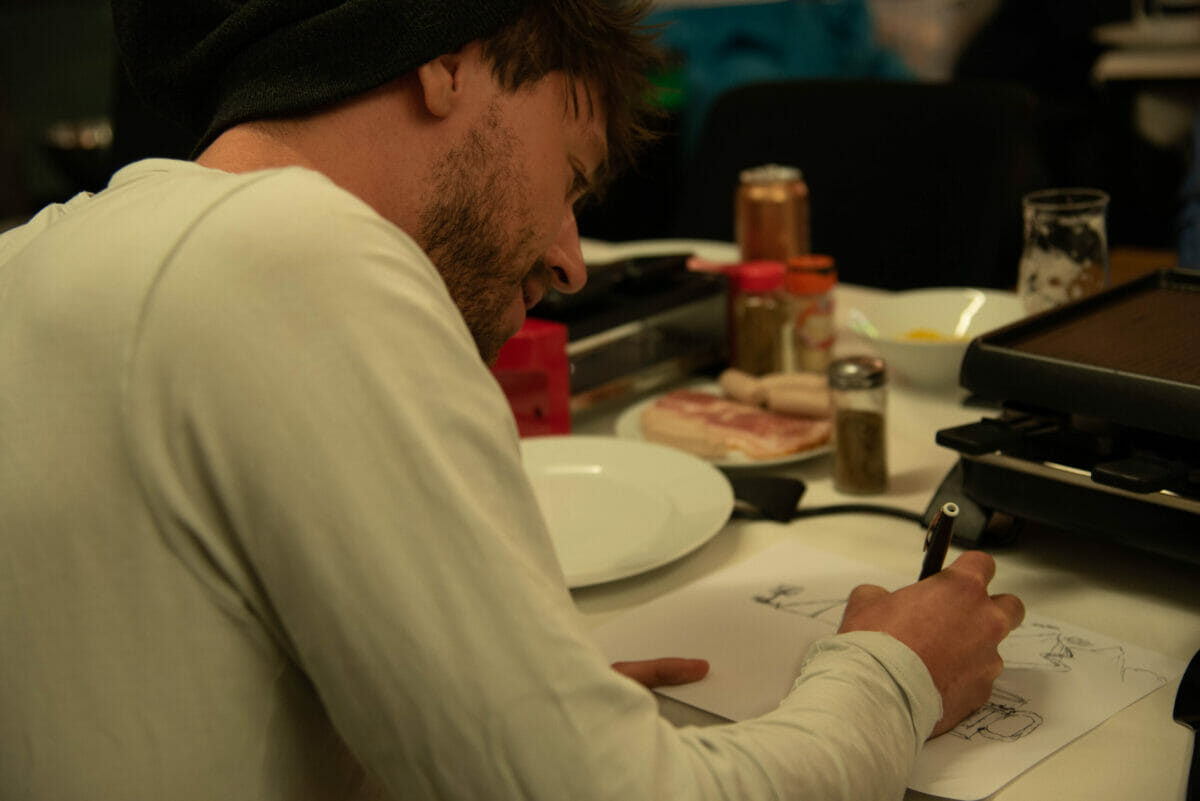 Steven knows every detail of Luware Nimbus. Since the beginning, he has been involved in the development process and is responsible for the user interface. “Nimbus is my baby,” he tells us. “I’ve invested a lot to understand the software, and I’m very grateful that Michael [CTO of Luware] took so much time to explain the technical structure of the software to me. Thanks to his support, few people know the product better than me.”

Steven actually started an apprenticeship in facility and apparatus engineering. Specializing in pipe construction, he assembled containers, piping systems, and machines. Because the work wasn’t creative enough for him, he added an apprenticeship as an audio engineer.

“Somehow, I ventured more and more into graphics. A lot of my friends studied graphic and web design, and I also started doing it as a hobby,” says Steven, who downloaded and taught himself graphic programs like Illustrator and Photoshop.

That’s how he eventually landed a part-time position at the Luware Marketing department, where he was initially responsible for promotional material, web design and social media. “I received rejections from several employers because I didn’t have enough experience, but Luware gave me a chance. I didn’t know anything about the industry, but I was completely in love after the first interview. Everyone was so friendly, young, and open-minded that I felt comfortable immediately.”

Luware recognized Steven’s potential and quickly promoted him to a full-time position. When development for Nimbus began, Steven got a chance to take on a new challenge – designing user interfaces (UIs) and user experience (UX). “Michael asked me if I wanted to tackle the project, and I said yes. That’s what’s so great about Luware; if you want to do something or learn something, they give you the chance to give it a go. In the beginning, I was still half-employed in marketing, but we quickly realized that UI/UX design is a full-time position.”

Steven now works full-time in the development team at Nimbus. Supported by Luware, he is also doing further education on ‘Usability and User Experience’ at the University of Applied Sciences Northwestern Switzerland. “The course is helping me a lot. I am learning a lot about best practices and how to integrate them into the company.”

UI/UX design is a continuous process. Steven explains, “In addition to designing new UIs, we also tweak existing UIs to optimize them and the user experience.” Despite some ‘problem areas,’ as Steven calls them, the user interface is one of the aspects of Nimbus that consistently receives praise from clients. “It makes me very happy when I get positive feedback for the user interface,” Steven says. “It shows me we’re on the right track and that all the work is worth it.”

Are you also looking for a new challenge?
Discover our open positions

Stay Up to Date With Customer Service Trends